Recently, three black Airbnb guests were met by seven police cars as they attempted to check out of their rental unit in California. The neighbor who called the police made the call because the departing guests didn’t wave back to her or smile at her. The woman said the guests were unfamiliar in the neighborhood and looked suspicious carrying their luggage.

The caller was white, and only reported the three black members of the group as being suspicious. This, combined with the fact that the group does not appear to have been behaving in a way the average person would consider suspicious, points to a racially motivated call to the police.

This incident came at an already tense time in America, as the media has covered multiple cases of people being racially profiled and arrested for seemingly innocuous acts in the last few weeks.

Two black men were arrested at Starbucks for not ordering; a pair of Native American teens on a college tour were detained because they made someone “nervous”; and a group of black women had the police called on them for playing golf too slowly. Two black men were kicked out of an LA Fitness and then had the police called on them amid racial profiling allegations (CNN). Those are just a few of the examples that have been highlighted in the news lately. 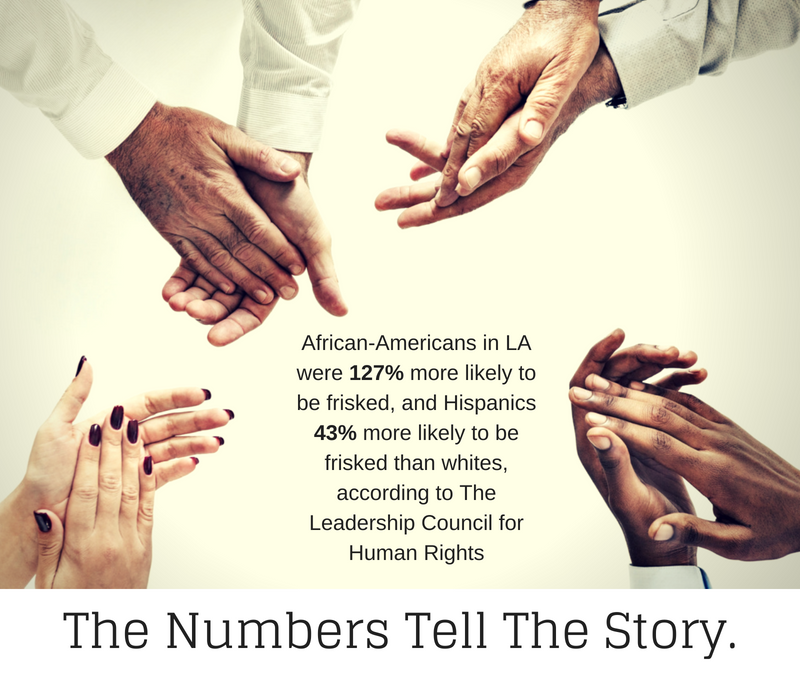 Who Is at Fault?

In the case of the Airbnb guests, their attorneys want the woman who called held accountable, in addition to the Rialto Police Department. The attorneys say the RPD violated the group’s rights under the 4th and 14th Amendments. The 4th Amendment protects against unreasonable search and seizure, and the 14th Amendment ensures that people are subject to due process of the law, and provides equal protection to all people.

In the Airbnb case, the police officers detained the group for between 20 and 45 minutes. While the situation did not escalate to violence, the unfortunate truth is that in other situations, it can. In a case where police officers begin handcuffing innocent people of color or use excessive force, police brutality becomes a major issue.

In the case of the two black men who were arrested for trespassing as they waited inside a Philadelphia Starbucks for their business partner, the men reached a settlement with the city for $200,000 in the form of a grant.

While the act of white people making unnecessary 911 calls targeted at innocent black people is a deeper issue, it is more difficult to (1) stop and (2) make right or justify. Those who have been racially profiled and subject to police misconduct, however, can hold the police force and its municipality responsible, like the Philadelphia men did.

If the police used excessive force, force well beyond what would be necessary to handle a situation, you may have a police brutality case on your hands. In this type of case, the burden of proof falls to the victim (plaintiff), who must demonstrate the brutality took place based on a preponderance of the evidence, meaning “more likely than not.”

Even if physical force was not used, victims of a bad experience with the police may be able to hold the officers responsible for emotional damage. Generally, citizens can successfully hold officers liable in court for emotional distress when they can prove that the officer(s) either intentionally or recklessly acted in a way that caused emotional injury. In these cases, the officers must have acted extremely and outrageously.

An example of this type of behavior from a police officer occurred in 2010 when a woman was supporting her husband during his arrest for the murder of her 3-year-old daughter. A detective who overheard the woman yelled at her that her husband killed the child and never loved her or her daughter. This was considered to be extreme and outrageous, especially because the woman was susceptible to emotional distress at the time.

People of color should be allowed to go about their lives without constant fear of unnecessary and unfounded calls to the police, and the subsequent harm. If you believe you have been a victim of a situation like this, stand up for yourself and your rights by hiring an experienced Dallas police brutality attorney at Crowe Arnold & Majors, LLP. Fight back against racial profiling and police misconduct.