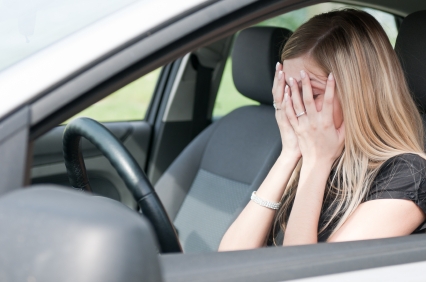 Rear-end car accidents can be terrifying, especially because we rarely see them coming. While driving, our eyes are trained to fixate on what is in front and to the side of us, but it’s often what is behind us that can be the most dangerous.

These types of accidents can occur due to negligence, either from the car behind or in front. Most of the time, it is the car behind that commits the infraction, as they are the one that is held responsible for what is in front of them.

The leading causes of Dallas rear end car accidents are silly, and often avoidable. For example, many of these occur due to simple tailgating. The law states that you should remain one car length behind the car in front of you for every ten miles per hour you are traveling. Very few people follow this as closely as they should, and when the car in front of them is forced to stop suddenly, they cannot hit the brake in a timely manner.

Like most accidents, driver inattention can play a major role in slow reaction time. If the driver is on their cell phone, turning up the radio, or in some other way multitasking while driving, it can lead to a rear end accident.

Rear end accidents are also the most common result of intoxicated driving. When someone is driving under the influence, their reaction time is not nearly as fast as it would normally be. Because of this, the driver will not give himself the required amount of time to stop his car behind another vehicle, thus causing an accident.

All of the reasons listed above are enough to hold the driver who caused the accident liable, and they would have to pay up in civil court, regardless of what the insurance company may tell you.
Sometimes, rear end accidents are actually…just accidents. Natural causes such as weather, broken traffic signals, and vehicle breakdowns could very easily lead to a scenario in which the car in front has to stop short, leading to a rear end accident.

In these cases, safety is the primary concern, and it will be very unlikely that any driver will be found liable for the accident. Regardless, if you think your accident was caused by another driver who is unwilling to help with medical or vehicle costs, it is important to consult an experienced lawyer. Contact Crowe Arnold & Majors, LLP at (800) 738-4046.